Modern Art Therapy also employs other approaches such as:

What is the Goal of Art Therapy? 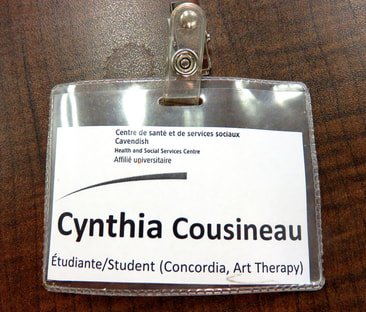 Art Therapy mixing the field of arts and psychology. Mixing the two fields has been around since human society itself; however the development of the profession of art therapy is heavily influence by the intellectual and social trends of the 20th century.
Making art is an innate human tendency, and separates our species from others. Art therapy has long been used in hospitals. Psychiatry in the western world is often a close ally of art therapy. Art therapists often work with patients being treated for AIDS, asthma, burns, cancer, trauma, and rehabilitation needs. The understanding of the interplay between biochemistry, mental status, and creativity continue to evolve. Art therapy continues to have a role in exploring connections between the body and the mind.
Mental illness used to be regarded with fear and misunderstanding viewed as a manifestation of divine or demonic forces. It was as of the late 18th century that the “moral treatment” movement started recognizing the individual humanity of “the insane”. It began with the notion of creating a more humane environment for patients. It was around the time of Sigmund Freud that the notion of the productions of fantasy revealed significant information about the unique inner world of their makers. With time art was viewed as a creative product that had the potential to become a tool within treatment.
The phrase “art therapy” is credited to the British pioneer Arian Hill, in 1942. Now the term is used to describe a form of psychotherapy that uses art interventions alongside talk as the central modality of treatment.
Art Therapy vs. Psychology

Art therapy and psychology differ in their approaches to assessment. The major difference is that art therapy interprets the making and viewing of art to have inherent therapeutic potential to the client, a view not normally held by psychologists. Art therapy tends to use more varied and expressive materials and stresses the role of the client as the interpreter of their own works. Art therapists are also more likely to improvise on the protocol of standardized assessments to suit a particular clinical purpose.

Classical Period (1940s-1970s):
In the mid-20th century the term art therapy started to be used. The four leading pioneers in literature on art therapy for this time are Margaret Naumburg, Edith Kramer, Hanna Kwiatkowska, and Elinor Ulman. These remarkable women are considered the early pioneers of the field of art therapy.

Naumburg is referred to as the “Mother of art therapy”. Her early work was based on the Walden School, which she founded with her sister Florence Cane. She later started writing about her ideas in the 1940s as what would become art therapy. Inspired by Freud’s and Jungs writings, she conceived the “dynamically orientated art therapy”, which viewed the client’s art productions as symbolic communication of unconscious material in a direct, uncensored, and concrete form that would aid in the resolution of the transference.

Kramer adapted concepts from Freud’s personality theory to explain the art therapy process. Her art therapy approach emphasizes the intrinsic therapeutic potential in the art-making process and the central role that the defense mechanism of sublimation plays in this experience.

Ulman is best known for founding The Bulletin of Art Therapy in 1961. She published the first book of collective essays on art therapy, which was among the few texts in that field in those years.

Kwiatkowska contributed mostly to the areas of research and family art therapy. Inspired her influences in various psychiatric settings she wrote a book that became the foundation for working with families through art.