How to represent different motions with the human figure and explore the relationship between different colors?

A digital collage I made using the images of all their warm and cold motion figures. 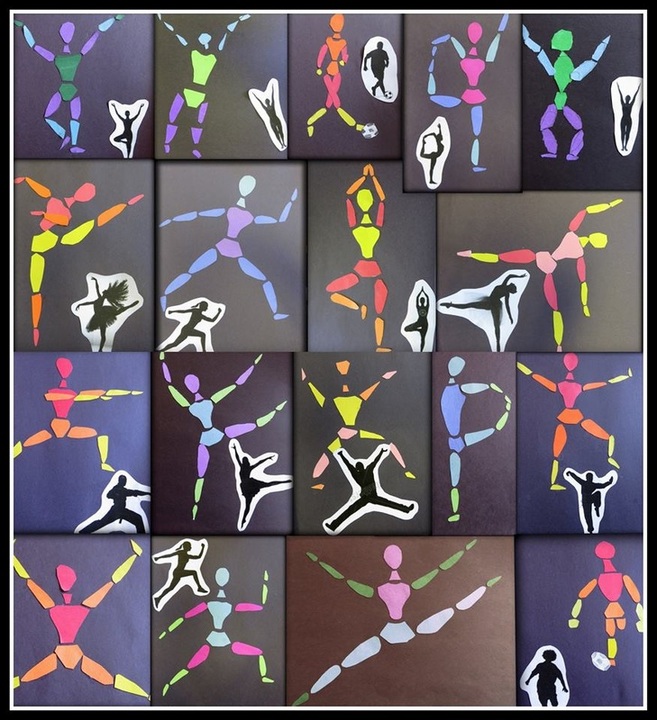 Lesson Rationale
(Adapted to my Unit on Fable Stories)

Fables play an essential role in the art of story-telling for teaching children about morals. Fables involve themes and characters that appeal to children and the stories are often humorous.  The characters are often played by animals that behave and talk like people, but maintain their animal traits thus display human-like behavior. Through such stories and fables children develop there literary skills.

These stories were originally invented by a slave named Aesop, who was a famous story-teller in his time. Aesop lived in ancient Greece, and his stories were often used to entertain guests at parties. He was rumored to have a very ugly appearance, and he was often mistreated He would come up with stories that aimed to teach people a valuable lesson. His stories would eventually inspire Jean La Fontaine to also create children’s stories that aimed to teach morals.

In the story “The Frog and the Ox”, a frog encounters an Ox and wants to become as big and strong as that Ox. So the frog exercises to get bigger and stronger, but that was not good enough so he exercises some more. He exercised so much to the point where he became so big that he exploded.  The moral of this story is that vanity may lead to self-destruction. The frog cared so much about how he looked; he eventually got so big he burst.  He used different physical exercises to become bigger. Exercise involves motion, and students will explore the different types of motions by creating a colorful human figure to demonstrate a specific form of exercise.  Students will familiarize themselves with representing figures using simple shapes. 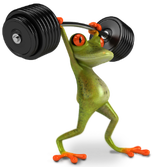 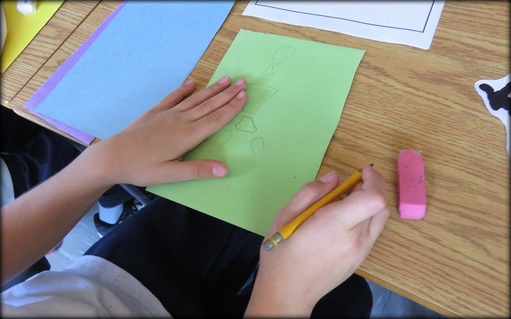 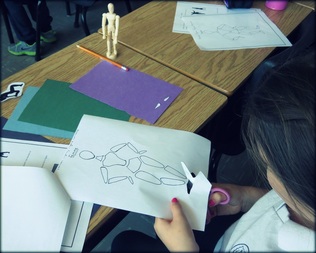 Step 5: Gluing it together 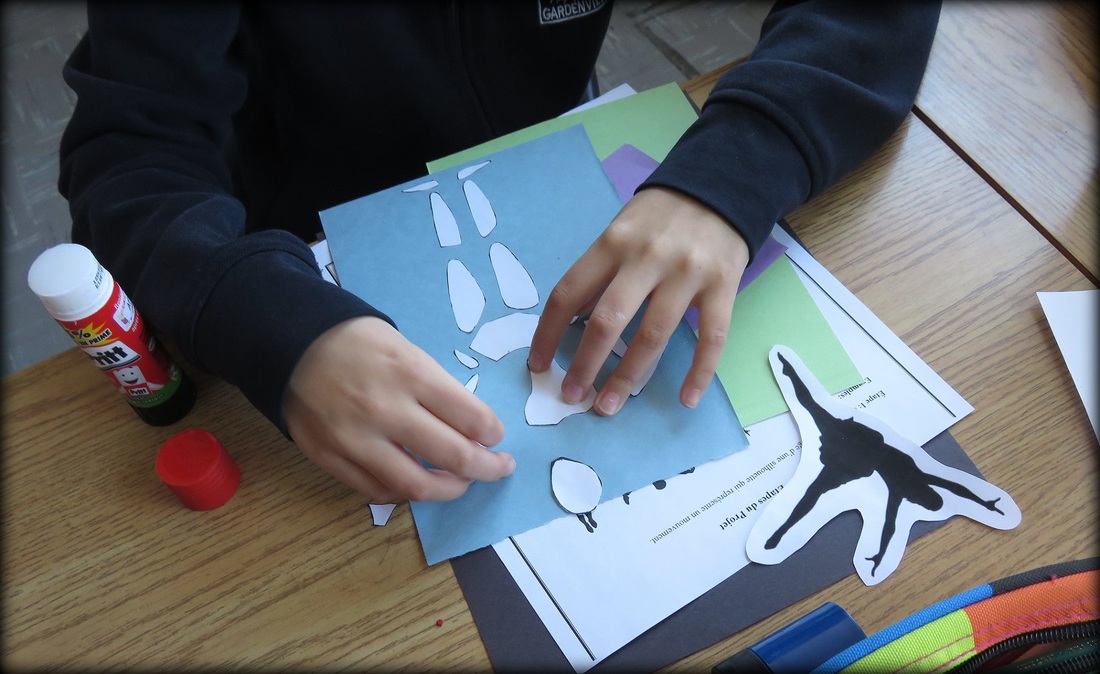 Conceit: Too much pride in oneself.

Composition: The organization or arrangement of all of the visual elements in an attempt to develop a unity in the total work of art.

Figure: A person or animal that can be only seen as a shape or outline.

Motion: The action of moving.

Silhouette: the dark shape and outline of someone or something visible against a lighter background, especially in dim light.

Vanity: Extreme pride in or admiration of one's own appearance or achievements 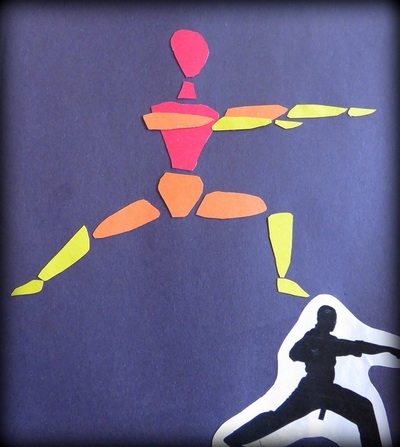 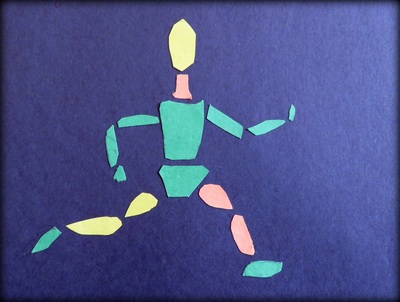 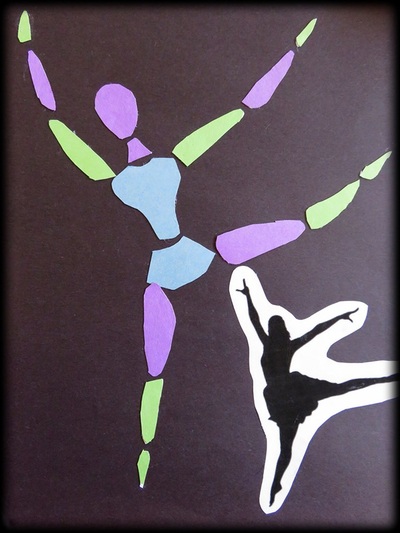 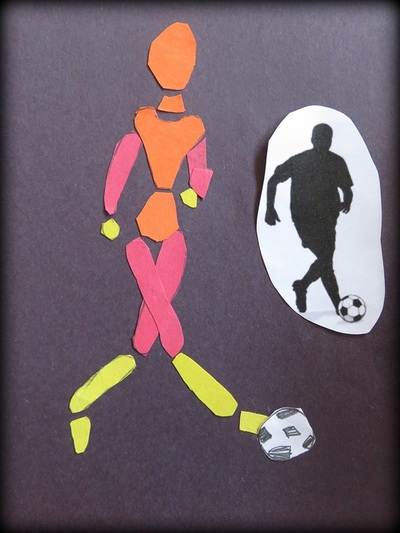 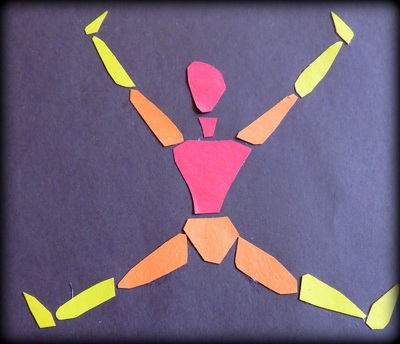 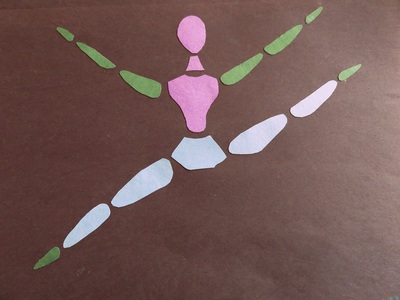 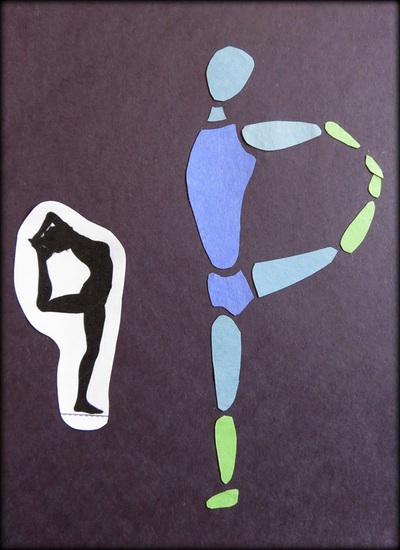 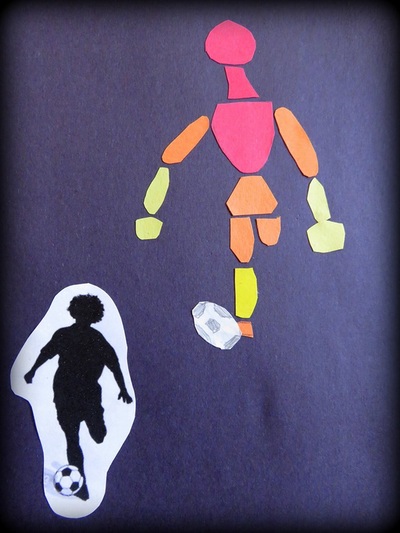 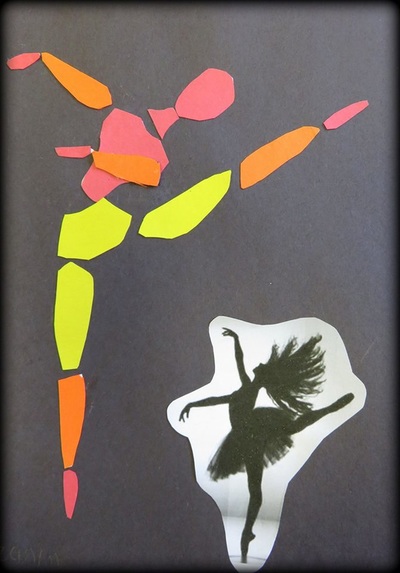 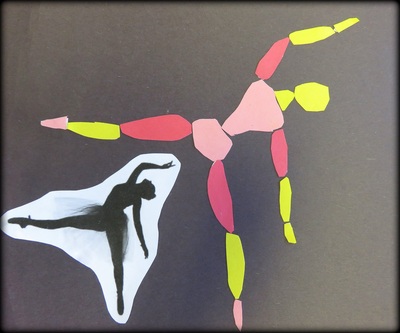 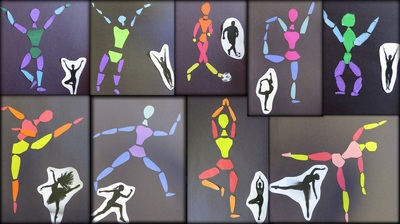 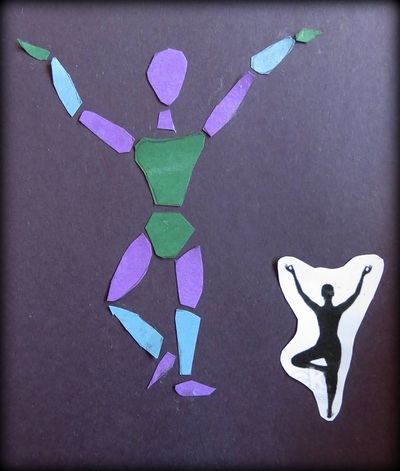 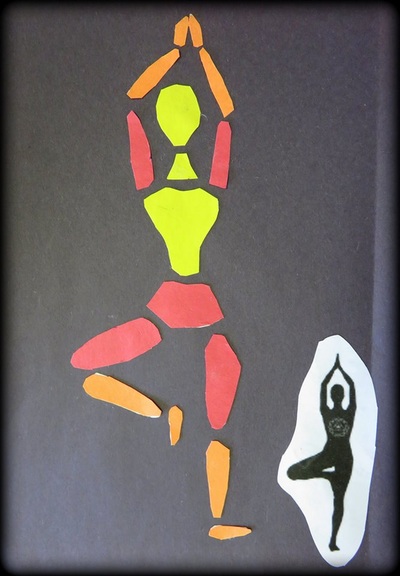 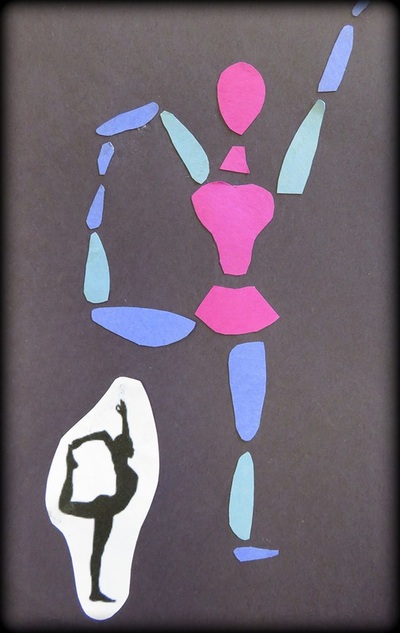 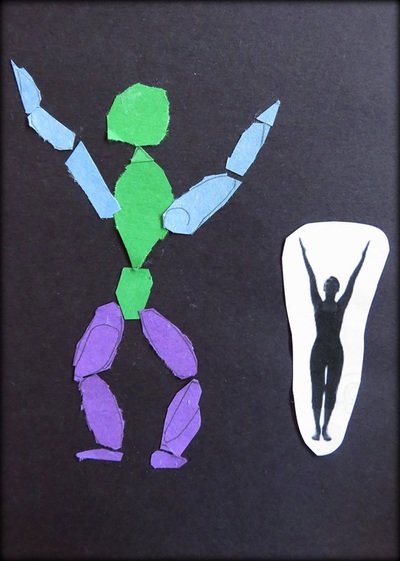 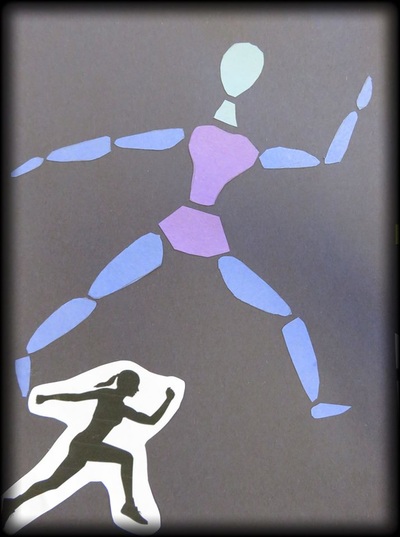